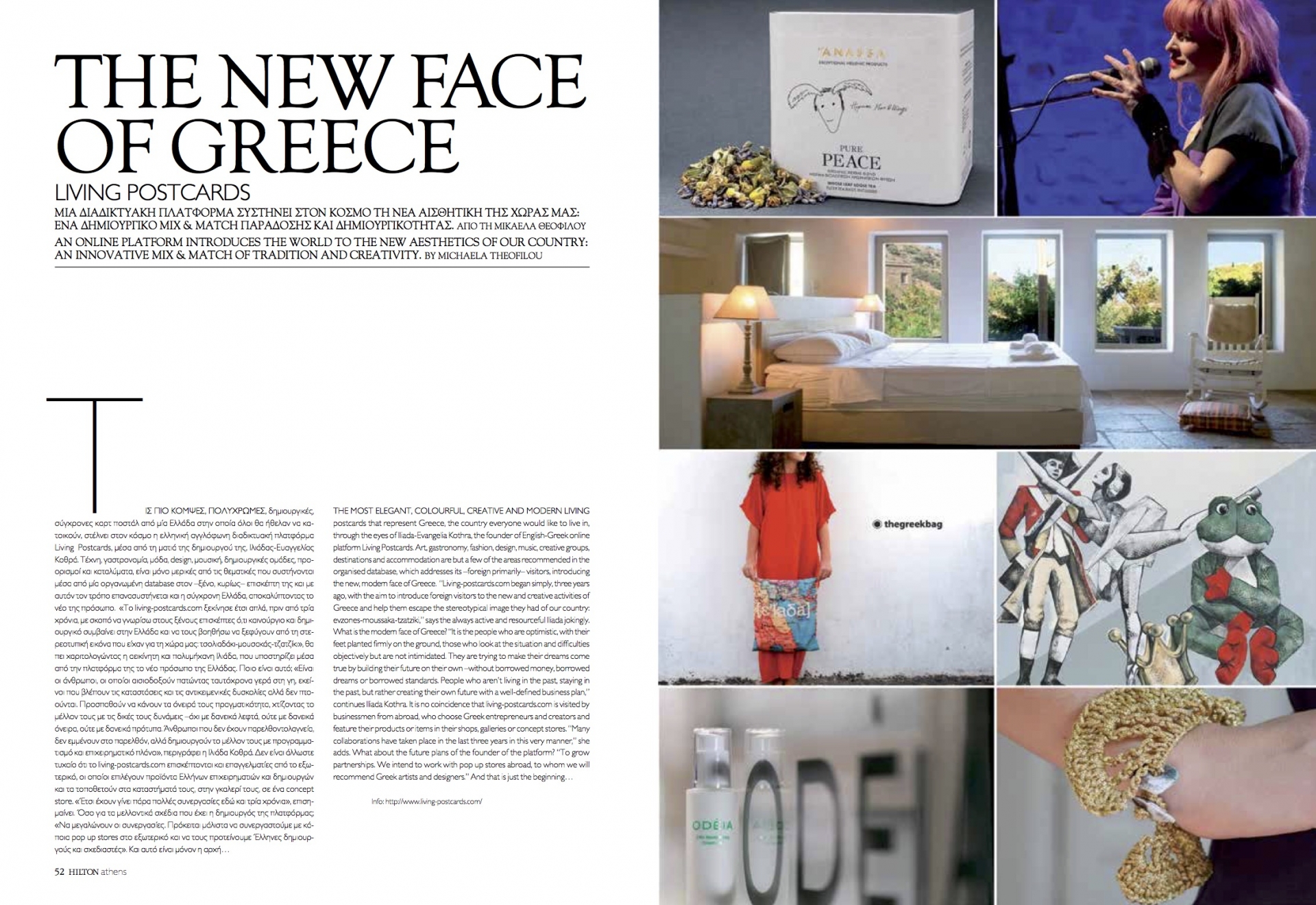 ''The most elegant,, colourful, creative and modern living postcards that represent Greece, the country, everyone would like to live in.

Art, gastronomy, fashion, design, music, creative groups, destinations and accommodation are but a few of the areas recommended in the organised database, which addresses its -foreign primarily-visitors, introducing the new, modern face of Greece.
Living Postcards began simply, 4 years ago with the aim to introduce foreign visitors to the creative activities of Greece and help them escape the stereotypical image they had of our country.
Evzones-moussaka-tzatziki.
Living Postcards is visited by businessmen from abroad who choose Greek enterpreneurs, creators, and feature their products or items in their shops, galleries or concept stores .'' 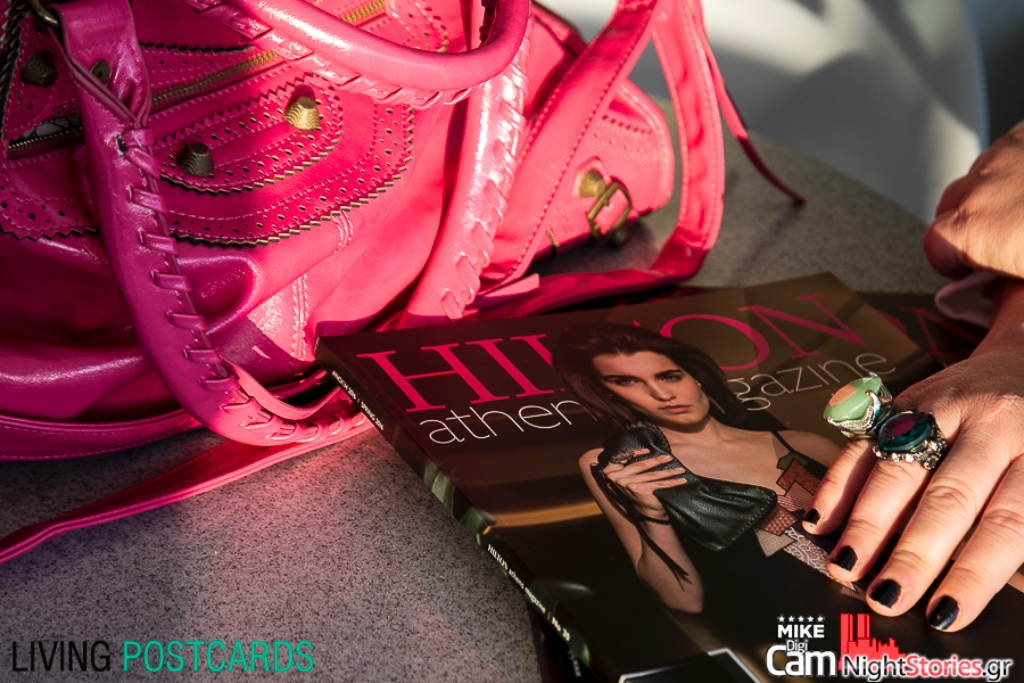 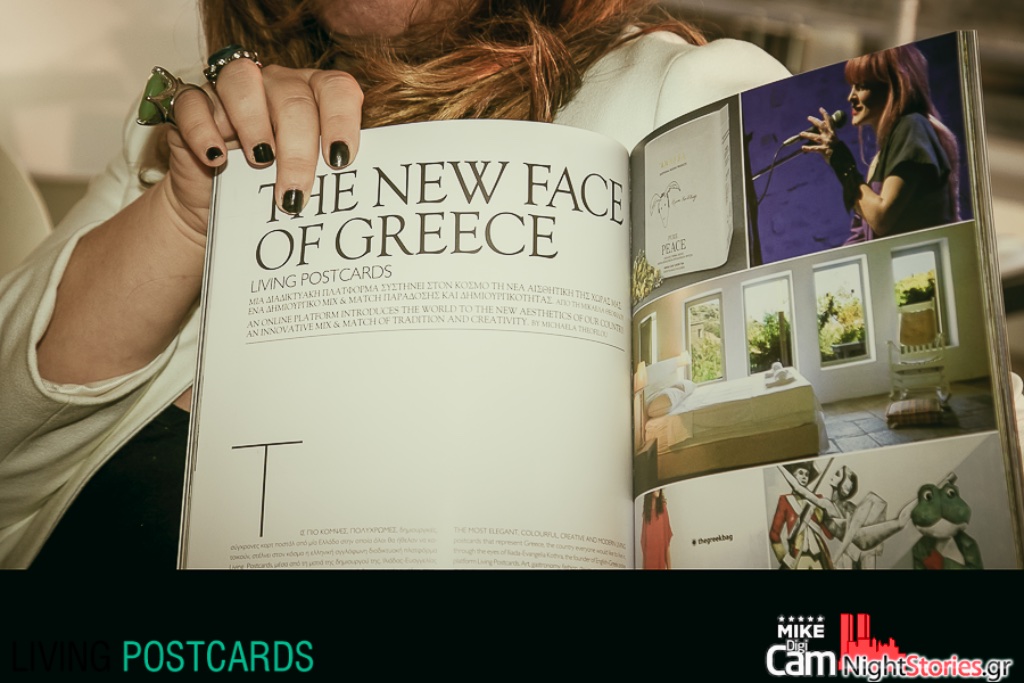 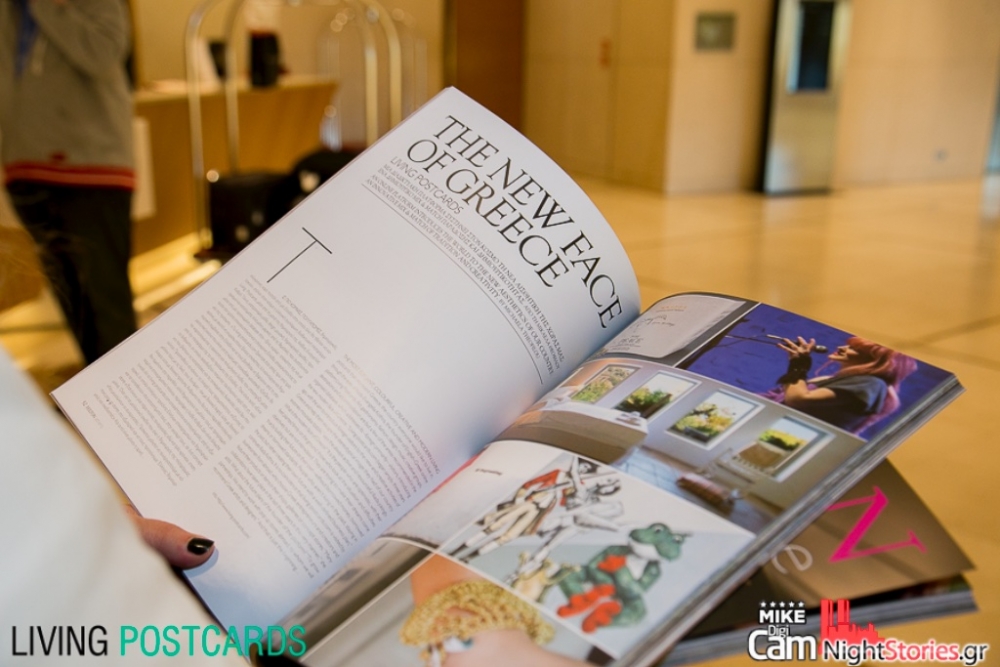 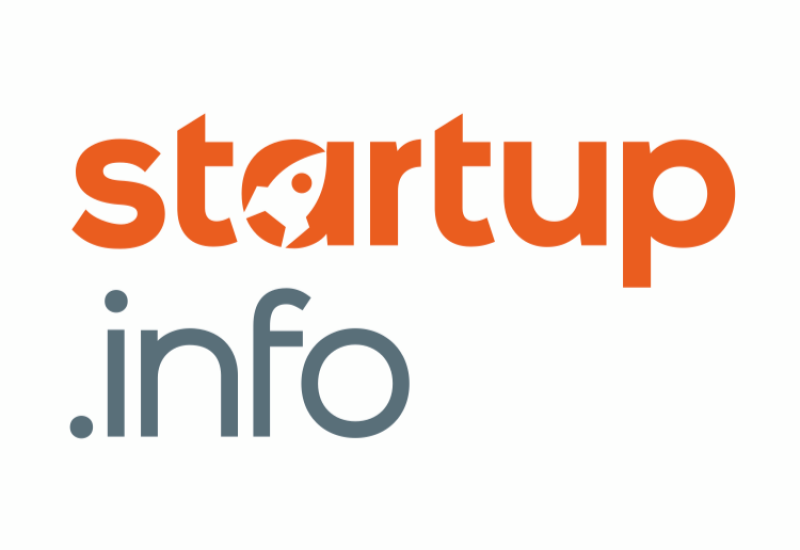 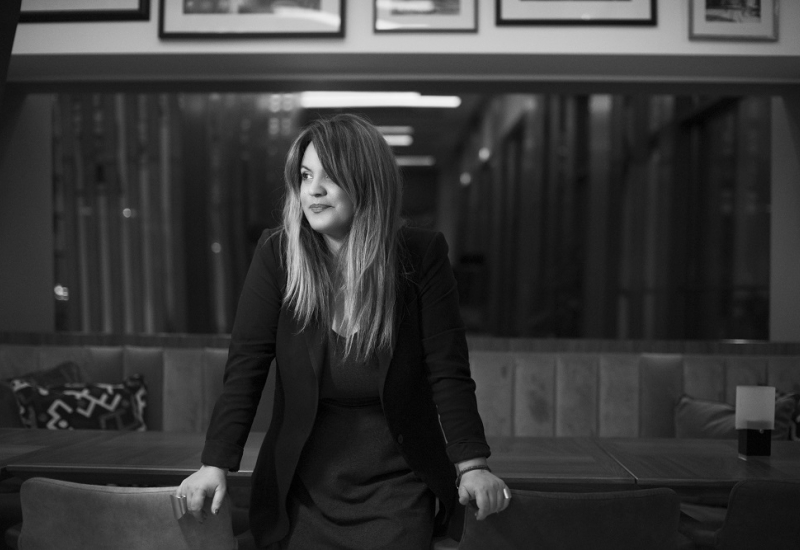